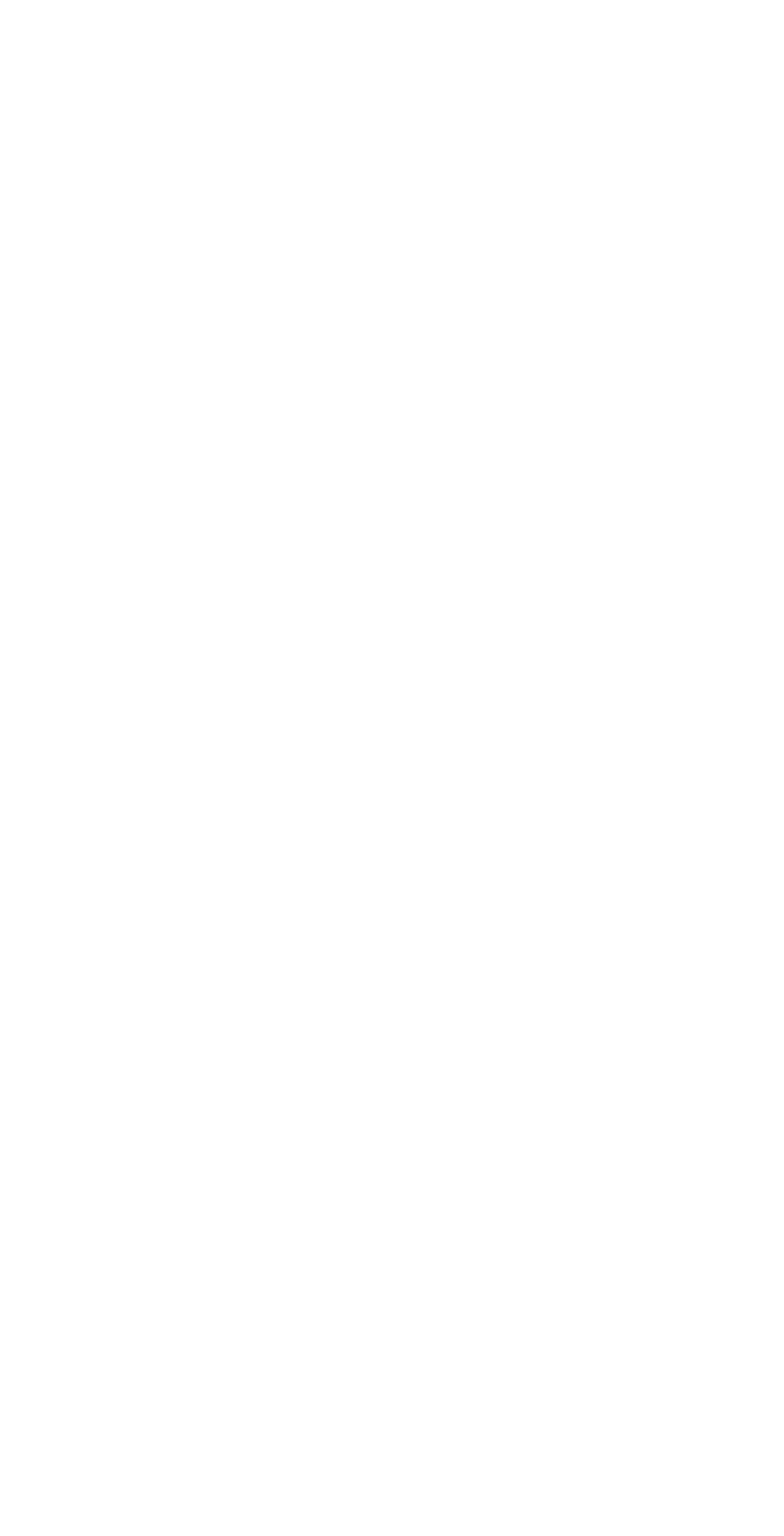 Title: Colors, Shapes, Sounds, Thoughts
Author: Rinny
Pairing: Torksmith
Rating: PG-13 for language
Author's Note: I am writing a drabble for each image posted in the HUGE picspam post by Moondreams. Each drabble set will have a theme and the drabbles will deal with either RL Peter/Mike or Show Peter/Mike. It'll be pretty easy to tell which is which. Also, I am not going to mention which drabble goes with what picture, but that should be obvious as well. At the end of the series, I will match up all the drabbles and pictures. Hope you all enjoy! These will range from, say, G to NC-17. This set is in the PG range.

Peter didn't want to laugh, but he couldn't help it. He and the others hated the off-set interviews the producers made them do in order to fill time. Either write to spec or fuck off, was Peter's opinion on the thing. Also, they never asked anything of importance, just the typical "What's fame like?" or "Who do you think is the prettiest actress in Hollywood?" Nothing about the fucking war or the peace movement that was going on or the new civil rights legislation. Just teeny-bopper shit and Peter couldn't fucking stand it.

Except sometimes ... Mike, who as reticient as he was maybe hated the interviews more than any of them, put in his two cents and the producers got more than they bargained for. Whenever they got him talking on a thing, everyone on set would look as if they were about to shit themselves and Peter couldn't help but smile because Mike was sticking it to them but good and it was hilarious.

Take now - some dumb key grip or p.a. had left a bunch of filters backstage and in this scintillating edition of Monkee Talk, they were being asked if they knew what the things were. Never mind that the 12-year-old girl watching the show and swooning over Davy didn't care - they had time to fill, dammit, they had time to fill. Davy trotted out something silly that opened him up for ridicule about his accent. Micky had tried to be serious but no one had listened. Peter could barely keep a straight face when he intoned that what he was holding was the symbol for a transistor. He saw Bob's face go white on that one. And then Mike ... oh, and then Mike ...

Mike had this way about him that Peter secretly admired. He could be a stone bastard and stay totally deadpan so that it went over the heads of stupid people and the smart ones had to stop and try to pick out just what the Texan was driving at. Mike's "deck of cards in disguise" crack was brilliant. On the surface, it seemed like something silly that the kids tuning in would really dig, but beneath the surface, the whole bit was a giant fuck you to the producers and directors and all the other idiots who thought this whole trip was a good idea. Peter could barely stop grinning, especially when Mike included him in the gag. When the joke had reached its peak, Peter almost laughed at Mike's little self-deprecating comment as he explained the "trick." There were snickers all around, and Peter could've kissed the Texan - that would have made for good T.V.

He couldn't do it. He just could not stop looking at Peter in those dang red shorts that covered him up about as much as a fig leaf would have.

Mike knew it was wrong. First of all, there was a serious situation going on. The cute blonde chick Davy had been seeing, Vanessa Russell, was in a heap of trouble both at school and with her folks. Jane Gunther was telling them all about it, and the others were listening intently, sad at the news. Mike, on the other hand, couldn't feign much interest. For one, he didn't really get it. The girl wasn't even 16 yet. She'd gotten hung up - it happened. Why was it such a crisis? For another, Jane Gunther had one of the most monotonous voices he'd ever heard, and he had to hear it a lot with her father being their manager and all, plus Micky seemed to have a thing for the chick.

And then there were those shorts. On Peter. His friend. His male friend. Those damn shorts!

Mike was just amazed by what he really wasn't supposed to notice. Peter was shorter by hair than he, but better filled out in every aspect. Still, Mike never thought Peter would have all that to work with. But it was very prominently on display in those dang red shorts. Mike couldn't understand why he was the only one looking. Didn't the others notice? Or was he just a perverted fool? Or a fool period, for noticing not just what the shorts were outlining, but what they showcased - long, tan, well-muscled legs. Peter was wearing a red shirt, too, that highlighted his broad shoulders, toned arms and graceful neck. Mike felt shame bubbling in him and he turned toward Jane, trying to leer at the pretty girl in her nice bikini, but his gaze went right back to the sunny bass player almost immediately.

It was just as well that an upset Davy stormed off down the beach and Mike was "elected" to go after him and talk sense to the young Brit. Mike reckoned that a few moments more, and he woul have started drooling.

If they shouted "cut" one more time, someone was going to die. It was hot as hell, and they were already running behind schedule. There wasn't any sort of breeze coming off the water and the sand was scorching. Davy was in makeup again, Micky was studying the script. That left Peter and Mike standing where the water lapped at the shore, glaring at the assembled bunch and wishing they'd get on with it already.

"What're they even puttin' with this romp?" Mike asked, dipping his feet further in.

"Huh? The song, you mean?" Peter slicked back his hair, but the heavy fringe flopped forward as soon as he took his hand away. "Tomorrow's Gonna Be Another Day, I think."

"Well, I hope tomorrow ain't gonna be another day out here. Whoever thought it'd be cute to have a romp midday with us jumpin' round like fools needs to be shot."

Peter snickered and rolled his eyes. "Cheer up, man. At least they put us in these groovy shorts."

"Yeah, man. Nice suspenders." Mike snapped Peter's and grinned at his yelp. "Dammit, what're they doin' t'Davy's face? Spackling it?" He muttered darkly for a few seconds until he felt something cold and gritty on his leg. Peter ... Peter had kicked wet sand at him! Mike stood in surprise, seeing the impish look on that innocent-looking face. There was a beat, and Peter's eyes widened a split second before Mike had scooped up a handful of wet sand and launched it right at his chest.

His hands flew to his chest as if he'd been shot, and Peter staggered backward dramatically.

"All right, Nesmith! This means war!"

It didn't mean anything of the sort, but it did mean that they ran around the set like fools pelting each other with sand and water, much to the annoyance of the crew who was trying to get them all back in position to finish the romp.

They gallivanted along, mindless of the horn calling everyone to take their places. There was an empty tripod near one of the director's chair, and Peter leaned his chin on it, swiveling around as if he were a camera himself.

Breathless with running and laughter, Mike pressed himself close behind Peter, taking the lever of the tripod and "directing" as if he were a cameraman trying to get a nice pan down the beach. He could feel the subtle muscles of Peter's bare back twitching beneath his skin, and his nose was in the sandy hair. It smelled like ocean water and coconut. Peter felt the slightly bristly hairs of Mike's chest against his back and he shivered as he continued his little miming act.

Neither of them thought to move, and finally Bob grumbled "What the hell" to the real cameraman and directed the camera to them, figuring if nothing else, maybe they could cut it into the romp.